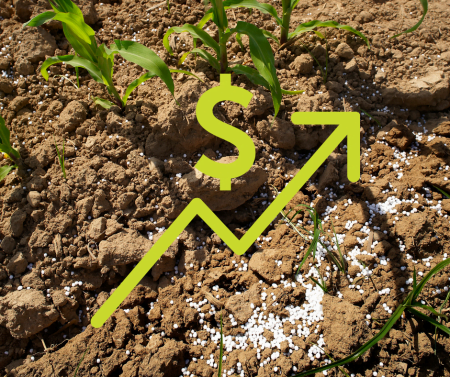 Soaring Urea price leads to increased adoption of legumes in pasture – here’s why:

The last several months have seen a dramatic increase in the price of urea – effected by China banning the export of urea to Australia and the Russian/Ukrainian war. The high urea price has led to discussions on how to utilise legumes to fix nitrogen for pasture production.

Clovers have a long-standing history of being a companion species in pasture swarths throughout the grazing areas of Australia. For every 1000kgDM/ha of white clover, approximately 20kgN/ha of atmospheric nitrogen can be captured and utilised by the clover and accompanying non-legume pasture species.

So how can you fix more nitrogen?

You could increase clover standing in your pasture swarth but that comes at a risk of increasing bloating in livestock.

We recommend incorporating a proprietary clover such as Demand White Clover. Why?

Demand White Clover produces up to 4500kgDM/ha/year in a pasture swarth. You could fix nearly 100kgN/ha/year – this is equivalent to applying 220kg of urea. Urea is currently trading at around $1,700/t, which makes the cost of nitrogen $3.70/kg. Adding Demand White Clover to your pasture system instead can equate to a saving of $370/ha/year!

In contrast, if you had sown Haifa white clover, that saves only $220/ha/year. (The average Haifa white clover and grass companion pasture produces around 2800kgDM/ha/year – that’s about 60kgN/ha of free fixed nitrogen).

Are you planting a new pasture?

Why not use Oracle Plantain and Chico Chicory as a companion species in the mix? These two herbs are deep tap-rooted species, so why not tap into that deep soil nutrition? Chicories are also known to fight incidences of bloat in cattle and red gut in sheep, making them a beneficial addition when clover is used.

Incorporating clovers and herbs into your pasture can significantly increase carrying capacity through more nitrogen fixation plus increased crude protein and metabolisable energy (compared to grass only standing pastures).

When establishing clover pastures, the below should be followed:

Reaper Red Clover: Reaper is a very palatable variety, with fine stems which are less stalky than traditional red clovers and is low in oestrogen levels. It has good disease resistance and strong persistence.

Managed correctly, these pastures can persist for some time and allow the grazier to reduce nitrogenous fertiliser use (and its costs!) whilst increasing carrying capacity.

To understand more about incorporating clovers and herbs into your pasture mixes, call the Agrimix team today on 1300 979 395 or send us an email at admin@agrimix.com.au.

GET THE DIRT (Delivered straight to your inbox!)

Each month, we dig up all the latest news, tips, events and research to keep you in the know and help you improve your pasture. 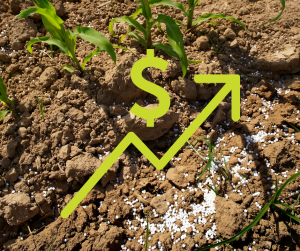 Soaring Urea price leads to increased adoption of legumes in pasture – here’s why: The last several months have seen a dramatic increase in the 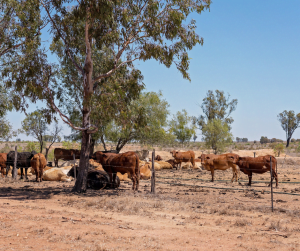 Project: Overcoming the knowledge gaps. Who: UNE in collaboration with Agrimix, JCU and CSIRO. What: The University of New England successfully secured a Drought Resilience